Calling all our female, intersex, non-binary and trans friends! We have joined forces with Girls Rock/Stelpur Rokka for a workshop this Friday! Esther Thorvalds, Rafaele Andrade and Ólöf Rún Benediktsdóttir welcome you to try out non-traditional instruments in the Stelpur Rokka Music Centre in Völvufell 17 this Friday at 5 pm.

Odd and unique instruments may change the way we think about music, but because of their special status they can be hard to come by. Stelpur rokka, in collaboration with the Intelligent Instruments Lab, now provides you with the opportunity to come see these wondrous music making tools for yourself and try them out. 👇 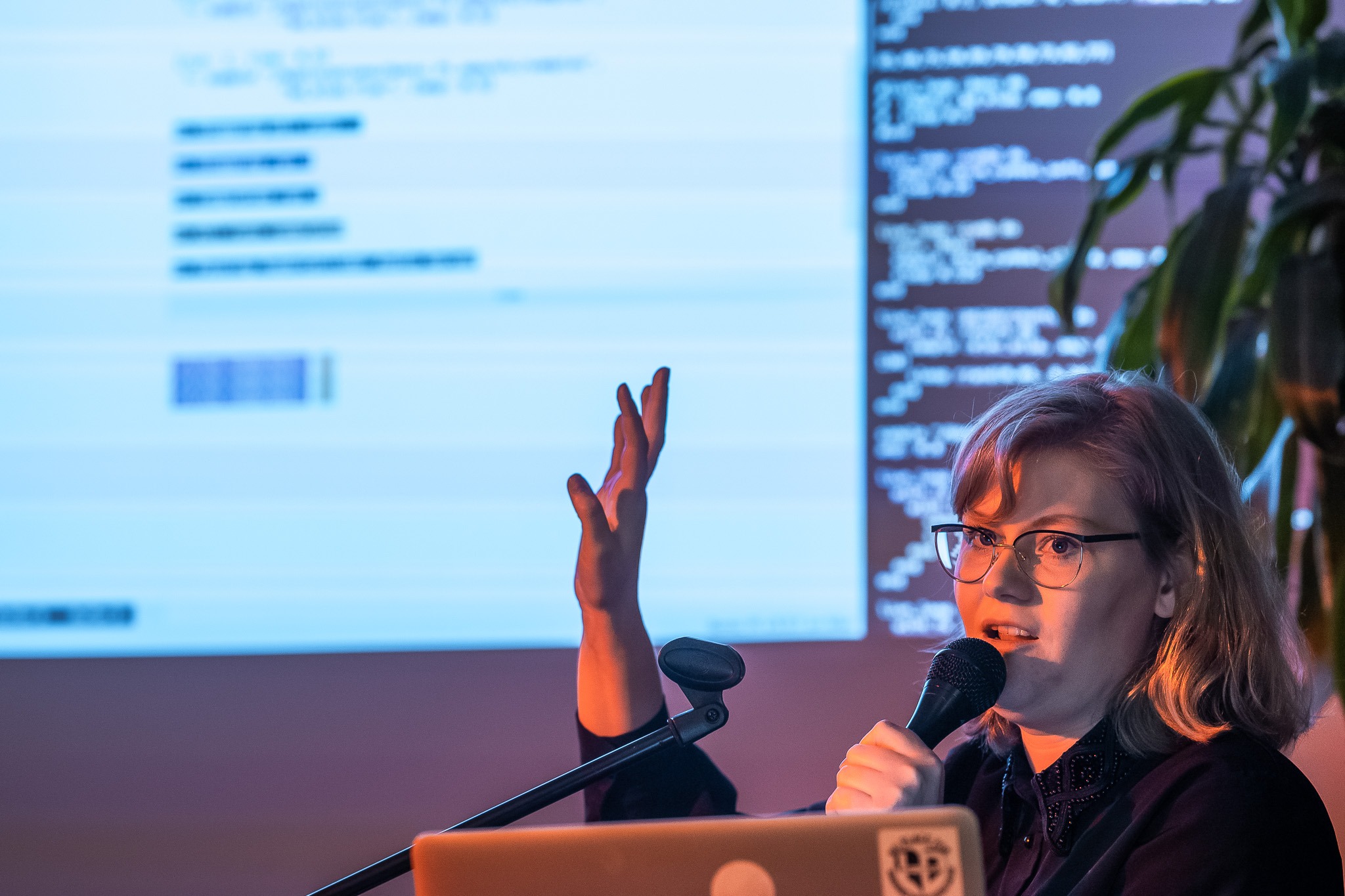 Knurl - a bowed 3D printed string instrument that runs and modifies live synthesis sounds. Its interface offers the manipulation of up to 4 sounds by potentiometers, tasks, machine learning system or a counterpoint. Its creator, Rafaele Andrade, will be at the workshop.

Proto-langspil - a contemporary interpretation of the langspil, an Icelandic monochord-like folk instrument. Its electronic elements allow the player to embed it with artificial intelligence.

Linnstrument - a music performance controller with 3D note expression. The grid based MIDI controller, playable with one or two hands, is velocity sensitive, but also senses three dimensions per finger.

The Organolib – not an instrument, per se, but an opportunity for curious people to create their own musical systems. The Intelligent Instruments Lab has put together a small portable version of the library of technical elements where people can experiment and generate and explore ideas quickly.

Halldorophone – a cello-like instrument designed for feedback. The vibration of the strings is ampliﬁed and routed to a speaker at the back of the instrument. The unstable nature of the instrument exacerbates the uniqueness of each performance.

KeyTam - an augmented snare drum which you can control with your feet. One foot pedal stretches the skin, controlling the pitch, and the other puts pressure on the snare, controlling the timbre. In addition, the player can augment it even further by adding magnets on either side of the skin.

Theremin - an electronic musical instrument that is controlled without physical contact. Instead the performer is interacting with electromagnetic fields formed around two metal antennas protruding from the instrument itself. The theremin is widely regarded as the first successful electronic instrument.

Girls and gender minorities are all welcome, regardless of prior musical experience, all you need is a little bit of curiosity. Hope to see you there!

Note that this workshop is a safe space open to female, non-binary, trans and intersex people of all ages! 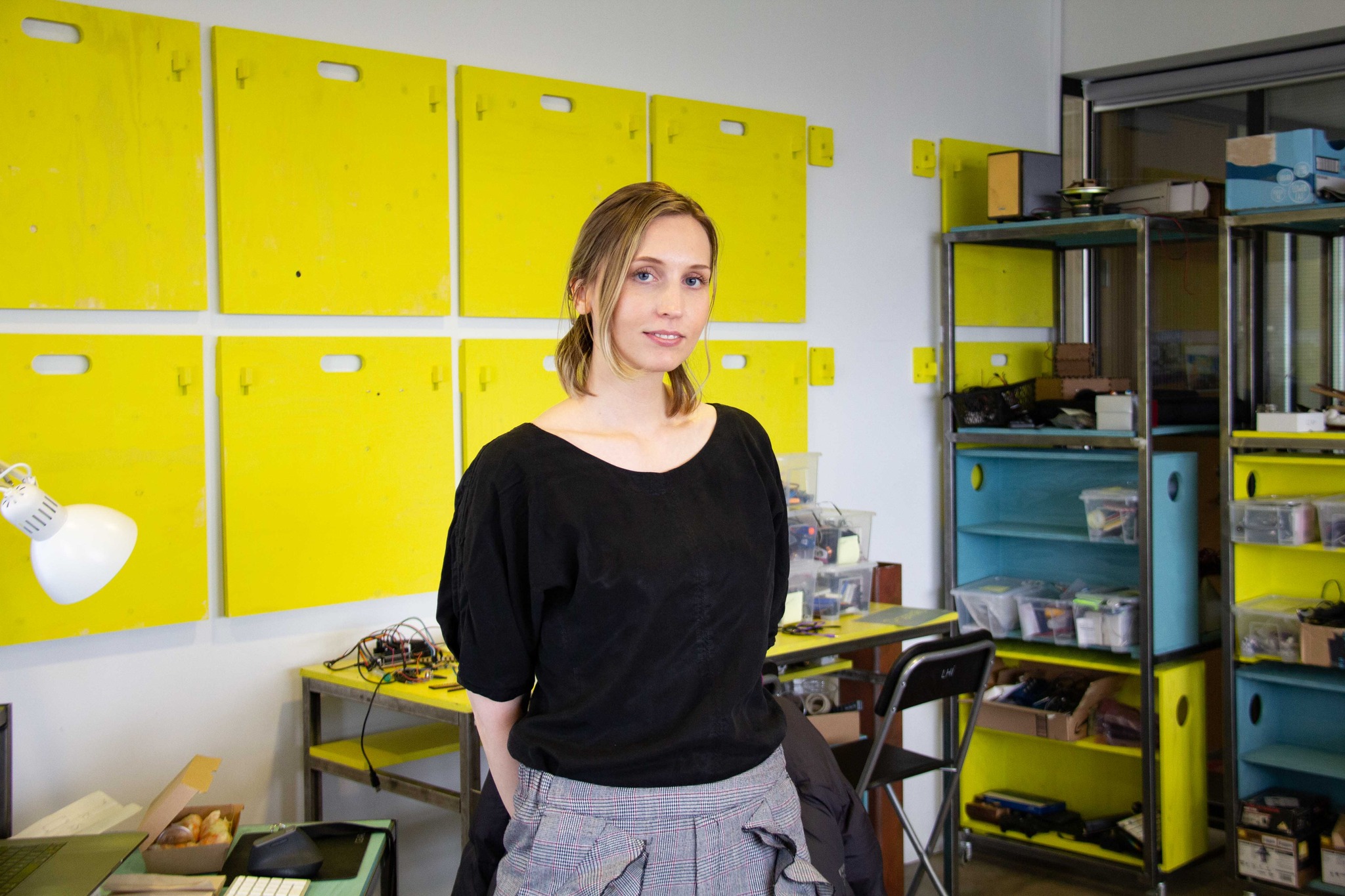 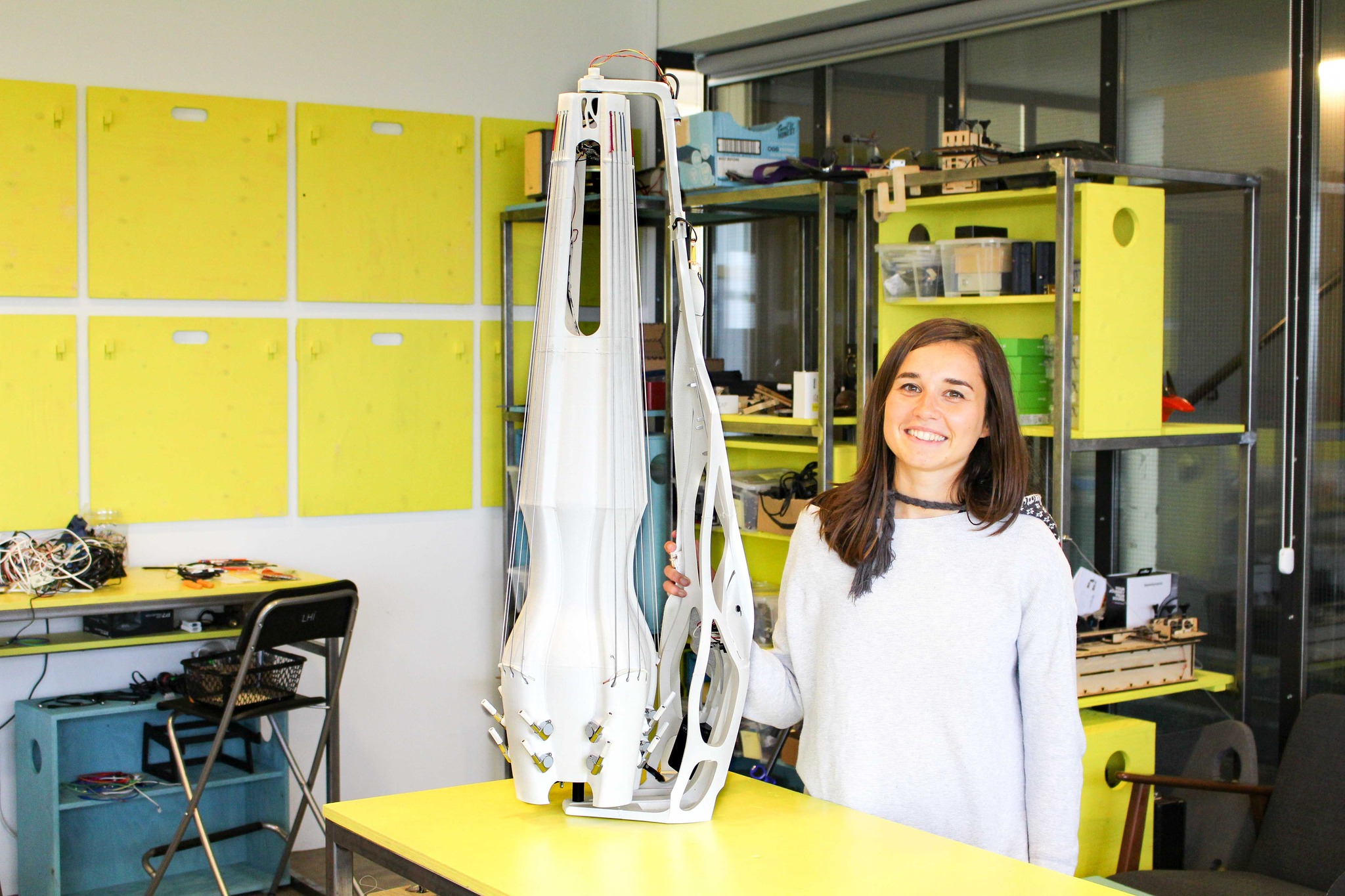 Rafaele Andrade is working on her knurl at the IIL